The ADR 81/02 test is run on a dynamometer with account made for the aerodynamic characteristics and weight of the car.  The city cycle runs for 13 minutes and is a stop-start ride with speeds up to 50km/h.  The car spends a total of four minutes stopped during the 13-minute cycle.

The extra-urban cycle involves the car accelerating from a standstill and holding various speeds up to 120km/h.  for some reason the car is stopped for 40s of the 6 minute 40 seconds extra-urban test cycle.

Comlaw.gov.au has more details, but you need to know your maths and stats to make sense of it all.  I’m still trying to determine if a Plug-in Hybrid is tested using EV mode or if it is forced somehow to behave like a standard hybrid.  Read this http://www.comlaw.gov.au/Details/F2011C00116/Html/Volume_3 and tell me, if you could.

Does the ADR 81/02 test have any basis in reality?

Most fuel economy tests employ conditions that could be considered unrealistic.  For a start, when you drive somewhere, you don’t stay in a shed on a rolling road at a constant temperature; you move around going up and down hills, with and against the wind and on varying road surfaces.  However, the tests are reliable in the sense of being repeatable and comparable across a wide range of vehicles.

Now, on this planet…

In the real world, there are many more variables.  It is difficult to compare the consumption of one tank of petrol to the next unless every day is the same journey in damn near identical conditions.  Driving style can account for 30-40% of fuel economy, usually for the worse.  Very cold temperatures can affect economy as it takes longer to warm the engine and fuels sometimes have additives that keep the fuel stable but not as potent.

The lowest figures for the Prius are around 30 MPG(US) 7.88l/100km 25.1 MPG(UK) 12.74km/l in extreme circumstances such as sub-zero temperatures and short journeys or holiday trips with a full load and roof racks.  There was a journalist who flogged a Prius (previous NVW20 model with the 1.5 litre engine) and got about 30MPG(US) despite driving like maniac.

I have to work on my Pulse and Glide technique.  I already found that my pulsing is not as high and my gliding is not as far as I could do it, traffic permitting.

I also realised that a fast uphill trip on Majura road used a lot more fuel than a fast downhill trip with a return via the city.  Maintaining 90km/h on a rough road while climbing 130m and descending 60m might not be as fuel efficient as travelling 60-80km/h with more gradual climbs; traffic lights notwithstanding.

I’m tempted to try some more extreme measures if this tank of BP 95 RON doesn’t perform as I hope. 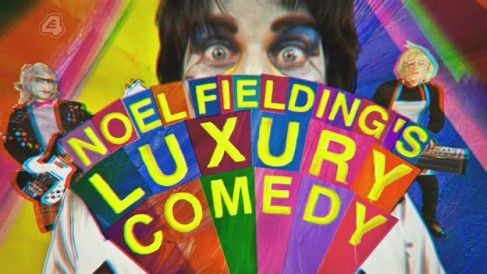 I’m not entirely sure that I should recommend Luxury Comedy.  It is very bizarre and doesn’t have anything like the cogent story lines that everyone could relate to in The Mighty Boosh.

By way of experiment I lent a copy of episode 1 to a colleague whose appreciation of the absurd and Gary Numan should have placed him firmly into the “Must See” camp.  But he was unable to watch the full episode.  (He did enjoy “paprika alert” but by then it was too late.)

So… perhaps I could recommend NFLC to anyone who watched the Banana Splits as a child and appreciated the absurdity and understood the extensive drug references and utter pointlessness of it all.  There…. easy.

If you choose to ignore the several community briefings from NBN Co. and their website and the general buzz… you could be shocked by the amount of suspicious activity occurring around Gungahlin.  Or should I say, under Gungahlin?

Witness this infra-red photo taken during the day at great danger to the photographer, since he was in his car at the time and another car could have driven down the street at any time.

When approached the men were friendly and courteous.  However, they insisted that what appeared to be a very thin cable was in fact a revolutionary water pipe and that they were plumbers.  When I asked about their trucks, which were emblazoned with the logo of a cabling company they said that their own fleet of trucks was busy doing plumbing and that they had borrowed trucks from a cabling company that had no work on at the moment.

I wish I could get to the truth somehow.

Who could forget the tragic but heart-warming story of my tree that couldn’t stay up and of the nice SES personnel in their highly-visible clothing and filthy boots who made it all better.

The aftermath was a pile of branches that were too big to be munched by my chipper, arranged neatly over my back fence.  I had every intention of moving it to the nearby green waste site where the carbon would have been most welcome.  However, this was looking like several trips as neither of my cars had a tow bar.  Oddly I couldn’t think of anyone I knew who had a ute.  My station wagon might be OK, but the longer branches would be a challenge.

Until one day I returned from work to find the lot was gone.  All that was left was a single, small branch and the leaves that had fallen from them.

So after the 12V battery discharged the first time down to about 3.5V, I knew that I had to replace it before the Canberra Winter got too deep.  (In fact, anything below 10V and a 12V battery is usually dead forever.)  In Canberra, ANZAC Day on 25 April is the turning point for cold weather to start, after which any plants that aren’t frost-tolerant will suffer.  I considered the expensive but high-tech Optima Yellow battery for about twice the price of a standard lump.  Since the 12V battery doesn’t crank the engine, it doesn’t have to have cold cranking amps.  The Optima Yellow is said to be better for running accessories like lights, sounds, windows and locks.  But did I want to spend almost $400 on a battery?

Despite fairly mild weather, the fail occurred again on Friday 2 March.  I couldn’t start the car because of the failed 12V battery.  I tried my battery charger on the jump terminals under the bonnet.  When I pressed the Start button the computer started and I could run accessories, but I couldn’t go to the next stage where the 270V hybrid battery starts the engine.  After a few tries I rang roadside assist.

You’ll recall that my first fail was just after I got the car and that my roadside assistance hadn’t been set up.  So my fleet people arranged the details and I got a serviceman in about 30 minutes.

Sadly, when I called the second time, I was on hold for 45 minutes!  Another 30 minutes and the service guy arrived.

This time the battery analyser displayed “Dead cell” and “5.13V”.  His range of replacements didn’t extend to a genuine Prius battery.  He had one that would fit if only backwards.  Since I wasn’t in a hurry (my wife caught a taxi home), I could buy a new battery the next morning.

The Prius started first time on Saturday morning.  I dropped Chikako at work and bought a genuine Toyota battery.  The spare parts man told my that he didn’t think much of Optima batteries and he often replaced them with the real deal within 12 months of fitting.

Extracting the battery from its packaging was a multi-stage operation.  The box with rope handles opened to a plastic-wrapped cardboard support, into which the plastic-wrapped box contained the battery was centred.  The void between the outer and inner boxes was filled with what appeared to be rejected popcorn.  It was Health and Safety gone mad.

Fitting was easy enough.  Well… the brackets and various connectors were a bit of a handful, but at least the battery was so small that it is quite light.

Then came the fun task of resetting everything and Bluetooth pairing my phones again.  Toyota don’t make this process straightforward if you don’t have the navigation screen and you can only do it while the car is on but perfectly stationary.

The finest of print

All about cycling in the Netherlands

the world in words

a blog and a podcast about language

A blog about housing in Japan

Me, Bikes, Life - Learning How To Dance In The Rain

Thoughts from the intersection of science, pseudoscience, and conflict.

A different spin from the peloton

His writing has been a source of great frustration. Now it's your turn.

"Don't let your dream be just a Dream" #iamspecialized #specializedwomen

The Cycle Path to Recovery

Talking about bikes in Newcastle

THE MEANING OF LARF

Where cool stuff and the vaguely absurd collide.

Thoughts from the field